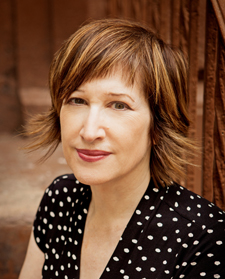 Laura Kipnis is a cultural critic and former video artist whose work focuses on sexual politics, aesthetics, emotion, acting out, bad behavior, and various other crevices of the American psyche. Along with her latest book, Unwanted Advances: Sexual Paranoia Comes To Campus, she’s the author of Men: Notes from an Ongoing Investigation; How to Become A Scandal; Against Love: A Polemic, and a few others. Kipnis is a professor at Northwestern, where she mostly teaches filmmaking.

Peter Babiak: In your book Against Love you say our concept of love is so disciplined (“regulated,” “enclosed”) and then add that it’s “depressing to think we are … incapable of inventing forms of emotional life based on anything other than subjugation?” Has your thinking on love and what you call “couple grammar” changed since the book was published in 2004?

Laura Kipnis: Ha! The thing to say about Against Love is that it is — as announced in the subtitle — a polemic. It never felt to me like the views and thinking in the book were in some precise one-to-one relation with me, or my aspirations for my own love life. Recall there was no use of first person in the book, though I understand that readers tend to read everything as straight-up autobiography. It felt more like writing on behalf of some id-like entity, who was allowed to rage against convention and restricted desires in a more take-no-prisoners way than we’re allowed to do if we also wish, say, to have a love life. So I wouldn’t say I’ve changed my thinking precisely, only that those positions continue to co-exist and jangle up against other more equivocal ones.

Babiak: In the essays collected in Men you write with such a fresh sense of inhabiting the contradictions that many writers and most academics avoid. You’re a self-described “moral relativist” and “ironist.” Where does this come from? Is this irony a generational thing, does it come from what you read, your culture, or is it just the way you are?

Kipnis: I was not long ago told (scolded would be more like it) by a “woke” Gen-Xer that irony is generational, and the reason I’d gotten in trouble (i.e. the protests and Title IX complaints on my campus) is that millennials aren’t ironic, and that I’d taken an ironic tone on the wrong subjects. To me irony is a great critical tool; it lets you occupy two positions at once — like an adulterer, to return to Against Love — and purchase necessary distance on a thing. Whereas I guess millennial style — to over-generalize — eschews distance and favors emotional responses. It seems to me you’d be in a constant state of undifferentiated outrage over everything if that were the case, which is, as we know, the condition of much online culture.

My problem is that when I hear people moralizing I hear them projecting their own secret shame onto whatever convenient target presents itself, and it’s not as though I’m less shame-ridden than anyone, but why be so obvious about it?

Babiak: You said once in an interview [apropos Men] with a Globe and Mail writer “there is a contradiction between feminism and heterosexual desire,” but you also said that this is “probably a dire thing.” Why is this “dire”?

Kipnis: This was a large part of the argument of my previous book, The Female Thing, which I took up a bit in Men also. The fact is that most women are still practicing heterosexuals, thus stuck consorting with men, however ambivalently. The ambivalence seems on the rise. Even in the years since those two books came out, I’ve sensed (perhaps due to more time spent on social media) upticks in antagonism and mutual suspicion between women and men. I suppose what I meant by “dire” is the No Exit scenario: being stuck in enclosed rooms for the rest of eternity with precisely the people least likely to assuage our unhappiness.

Babiak: In your Slate review of Feminist Fight Club you point out too much attention is given to irrelevant workplace issues instead of the big economic ones (“Even more than I want the AC turned down, I want caps on off-the-charts CEO compensation.”) To what extent is culture duped into thinking that superficial questions about identity are the ones we should be asking instead of questions concerning the bread-and-butter issues?

Kipnis: I suppose a better way of putting the argument, rather than framing it as an either/or is asking the extent to which they bleed into one another, i.e. the extent to which workplace cultures drive women away or prevent us from succeeding. Still Feminist Fight Club irked me: if you’re that vigilant about every gender slight, you become a monomaniac. Sometimes you can ignore shit. I do think identity issues have overtaken every other political discussion sometimes to the point of idiocy, but that’s a longer discussion.

Babiak: Your work has prompted lots of connections with the work of Camille Paglia. Though I don’t think that that’s fair — you’re funnier, more bracing, and a good, close reader — I can see why they do, but you said somewhere that this connection “makes me die a little inside.” Why?

Kipnis: I’d say thank you, but I’d rather avoid the Miss America syndrome, where someone has to win and someone else is the runner-up. I think Paglia can be funny and bracing, and she was dead right early on about the direction campus sexual culture was taking. But…the undergirding, the core beliefs — all the stuff about mystical male and female essences, the biologism — not to mention her recent swooning over Trump, not to mention the embarrassing levels of self-regard, and the hammering assertions in the writing… Maybe it’s best taken as performance art, but find it wears me down.

Babiak: The origin of your new book, Unwanted Advances, was a robust piece you wrote for Chronicle of Higher Education where you said students are “committed to their own vulnerability”. As a college prof, I agree with you. Do you think this trending vulnerability ethos is having an effect on education? On, for example, what’s taught these days or how it’s taught? Has it changed how you teach?

Kipnis: I think it’s having a disastrously anti-intellectual effect. That was the underlying argument in Unwanted Advances: that these shifts in sexual culture are impeding education, because they’re impeding imaginative and creative freedom. If you feel threatened by an idea, or an image, you’ve stopped thinking. I love my students but I can’t help observing that they’re obsessed with their feelings, and much of the time they want their responses to, say, watching a film, to correspond to what “should” be thought or said, especially about gender. I’m always so much happier when a student is willing to her or his or their response to something was contradictory or confusing.

Babiak: In the Chronicle piece you wrote about an “unfunny” anecdote on attending a harassment workshop at your campus that I found laugh-out-loud funny. In response to the guideline point “Do not make unwanted sexual advances” you yelled out “But how do you know they’re unwanted until you try?” What has happened to our culture’s sense of humour? Are we living through an administered puritanical earnestness?

Kipnis: Oh boy: “puritanical earnestness” doesn’t even begin to capture it. I’ve been frequently rebuked for that line — “What part of ‘unwanted’ don’t you understand, Laura?” I was trying to make the point that you get to try once. But the new consensus is that for anyone with any institutional power, trying once is equivalent to assault. It can get you fired. So that question feels antiquated — if it were 2017 I’d probably have kept my mouth shut.

Babiak: You write in Unwanted Advances, with respect to college codes governing relations between men and women, “Shifting the stress from pleasure to danger and vulnerability doesn’t just change the prevailing narrative, it changes the way sex is experienced.” Theoretically, I agree, but I’m not sure how I’d explain that to a student. How would you?

Kipnis: I tell a story in the book that my mom told me, about her being chased around a desk when she was in college by her astronomy professor, for whom she was working part-time, and leaving inky handprint on his forehead when she pushed him away (her hands were full of mimeograph ink). She still laughs about it, because the prevailing narrative at the time was that this sort of thing was sexual stupidity. A woman who had the same experience now would require counseling, would receive a diagnosis of PTSD, and possibly suffer vomiting episodes on entering a classroom with a male professor. (I’m not making that up, I’m paraphrasing an article I quote in the book, about the effect of an unwanted kiss on a grad student.) Look, professors should not try to kiss students. I’ve listened to a lot of such experiences, and a lot of them are gross. I’ve probably taken too ironic a tone about sexual grossness in the past. But the question remains: why is sex more traumatizing now than it was in the past? I think there’s no question that it’s seen as harmful now in a way it wasn’t when I was a student, particularly when it comes to intergenerational sex.

Babiak: You’re quoted in a New Yorker interview in April 2017 as saying “More people on the left should stand up and say that the stuff that’s happening on campus is not so unlike what’s going on off campus in terms of the anti-democratic tendencies.” Why aren’t they — or we — standing up and speaking out?

Kipnis: I suppose I was gesturing toward the rise of authoritarian populism as exercised in Trumpland, since how can we conclude a Q&A without a mention of the Leader? I meant them trying to muzzle the press, suppress the vote, stifle dissent, deport immigrants and so on. I’m hardly the first person to say that liberal democracy is on life support, that liberalism is now an insult term on both the left and the right. I get that liberalism isn’t radical enough for the left, but I’m not someone who wishes to throw out democracy too.

Babiak: Of all your books, which has been the most fun to write? Do you have any idea what you’ll write next?

Kipnis: Against Love was a ton of fun because the subjects — monogamy, adultery, coupledom — somehow opened up a vast world of metaphor and simile. These evil phrases and figures would pop into my head — the line about “mature love” being like denture adhesive, which cracked me up, or the one comparing marriage therapy and a proctology exam. I kind of live for those moments — when one part of you surprises another part with expected little gifts. In fact I’m thinking of returning to coupledom as a subject, hoping for more little presents from the universe to come my way. »